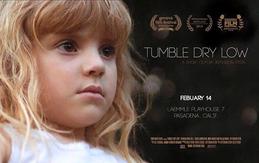 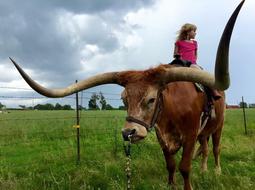 "Georgia has the natural gift of line readings that are authentic and believable. Not only did her performance rock, she was also professional and a joy to be around on set."
- Melody Brooke

Praised for her abilities to subtly convey a range of believable emotions, Georgia Rose Bell delivers captivating performances on screen and on stage. The intuitive, petite third grader has appeared in numerous shorts and feature films, as well as musical theatre productions.Georgia is best known for her lead role in the award-winning film, Tumble Dry Low, about a little girl and her father dealing with loss in East Texas. Winner of World-Fest Houston IFF's Gold Remi Award and nominated for Best Narrative Short at Pasadena IFF, critics say the film is "an affecting seven-minute meditation on loss" with "one cute little moppet at the center."

Most recently, Georgia won the hearts of voting audience members and the judges panel at the 2015 Louisiana Film Prize Festival, where she earned the Best Actress Award for her lead role in the film, Two Roads. The film follows a struggling businessman who returns to his hometown and takes a DNA test to determine whether he is the biological father of orphaned Maddy. The film centers on the developing relationship between Georgia's character, Maddy, and Josh, played by Adam Duncan. As an animal lover, Georgia enjoyed interacting with all the livestock on set - including riding a longhorn.Georgia also has a supporting role in the feature film, Promises, playing a spunky young version of the film's main character. She can also be seen in the feature films InHumane and Daylight's End, coming soon, and the short film Hermit.Georgia began her acting career on the stage, earning the "Show Stealer Award" for her role in Alice in Wonderland and "Best Stage Presence Award" for her portrayal of Molly in the musical Annie. Recently, Georgia played the Cowardly Lion in the Wizard of Oz. She's also been featured in commercials, including a television ad for Six Flags theme park.

Georgia also loves to sing and was a finalist in both the 2016 Wildflower Arts & Music Festival's Budding Talent Vocal Competition and the Frisco's Got Talent showcase.When she's not performing, Georgia loves to sing, dance, wear her mermaid tail, and watch anything with unicorns and fairies.